OK, I know what you’re thinking…I was thinking it too. That test yesterday wasn’t very scientific. There is something to be said for the good old “just go and ride it” method of testing gear, but you and I both were worried that the result I got still sounded like nonsense. I’m not offended. It was just a bit non scientific.  That meant I was awake at 12.30am last night furiously formulating something a bit more science-ey. I also figured out a way to test the thing about Stages power meters reading low with an oval ring. Well, I did it today…

Method: Get my MTB cranks, put them on my road bike, which also has a PowerTap Hub. Using the power tap takes out the problem the potential Stages ‘misreading’. Put bike on turbo trainer. Ride at set power (PowerTap) for 5 minutes. See what the heart rate settles down to for the final 2 minutes of that. Standardise cadence (95RPM) and Power (250W on PTap) Compare data for round vs oval. I did 2 runs with the oval, then 2 runs with the round, then another one at the end with the oval to account some for HR drift over the course of the test. 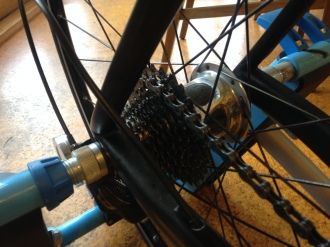 Hypothesis 2: The Stages Power Crank reads different with a round vs oval ring? If so, how much?

Method: Same bike setup. Standardise power on Powertap at 250W at 95RPM. Oval ring only. Leave the bike the same state but change data input to Stages instead. Compare power at same RPM.

Here’s what I got:

To translate that in wattage is qoing to be a bit squirrelly. It’s hard to know if that result is going to be the same across all watt ranges. Look, for a pretty quick ‘n’ dirty semi scientific test I reckon this isn’t too bad. Not perfect, but I’ll take it.I’m calling it…

As mentioned above, I did a direct comparison with the PowerTap, which measures power at the rear hub, versus the Stages which measures it at the crank. The Stages people say that if you use an oval ring the change in crank velocity over the stroke ends up reducing the wattage you see on your device.

Here’s what I got.

That’s a difference of exactly 6%. That’s totally in line with what Team Sky and Stages themselves have reported. So, obviously calling this one…

There you go. You know this won’t be the end of it and I know its not perfect. This aint a double blinded placebo controlled clinical trial. It’s just me in my kitchen with a turbo trainer. I get it. But it does look a wee bit interesting

The 5-6% change in power reading, should, in hindsight be the other way around. i.e. Stages and Sky report that your device will say you are pushing 5-6% ‘more’ power rather than less. That’s weird because when I did it it seemed very obvious that I had to pedal harder for the ‘same’ power. I’m gonna re-test…

For now, I’m keeping it on.

I did my first ride in anger on the weekend on the squishy ring. No.1 it really seems to be much smoother smashing it out of the saddle. You seem to be able grind better out of ‘over geared’ situations – you know how you find yourself in too big a gear for the pinch climb? Yeah, it helps with that. Also sprinting out of the saddle is smoother.

I’m actually pretty convinced at this point that my initial finding was correct – i.e. that the device UNDER reads by about 5% – not OVER. Yes, I know thats different to what Stages claims but what can I say? 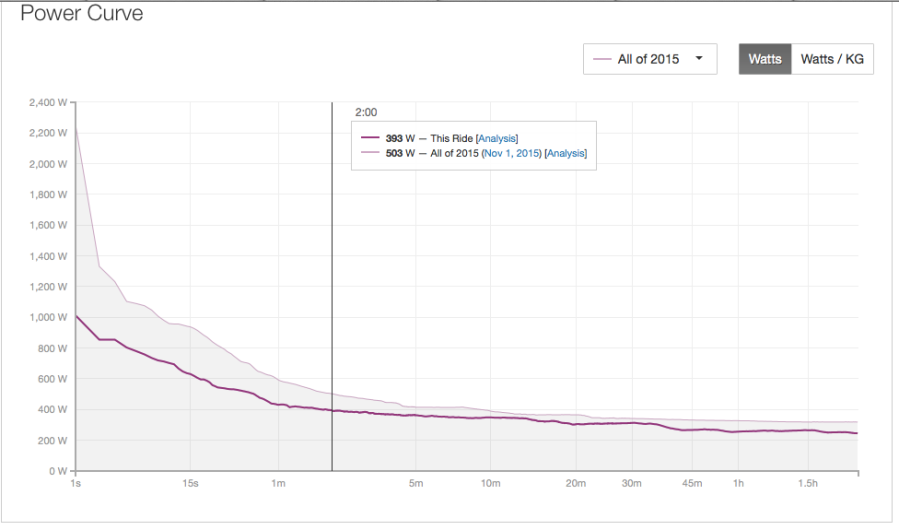 You guessed it – the difference is about 5%. You can see the trend is across the power band so yeah I’m kinda wondering about that…

I don’t know whats going on there. Is it possible that the AB ring has a different effect on the Stages meter because of its profile vs Q rings etc? Is it an artefact of the higher torque/ lower crank velocities in mtb versus road? I dunno, but I think the data is pretty clear to this point.